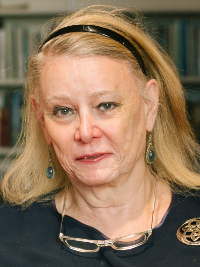 This essay is adapted from “Liberalism Caused the Great Enrichment,” a paper by McCloskey published by the University of Chicago. Find the full paper here.

Any innovation — mechanical, biological, institutional, scientific, artistic, personal — begins as a new idea in a liberated human mind. That point is obvious. But it has not been prominent in economics.

The agent in economic models does not have agency. He merely accedes to a budget line, law, custom, or habit of thought facing his already known utility function. He does not create, but reacts in requisite fashion. Human action, the liberated will, is absent. The agent is a vending machine, not an innovator, or not even an ordinarily choosy consumer exploring his tastes.

Therefore, the unprecedented economic growth since 1800, a Great Enrichment totaling a 3,000 percent increase in real income per person, has been traced by economists not to “innovism,” but to various routine and intermediate, and largely material, causes: investment, exploitation, the rule of law. None of these causes are sufficient to explain our enrichment. They are ancient. They are trivial. They are sometimes necessary, but never have the great oomph to explain the Great Enrichment.

While the creation of new ideas in human minds has been firmly set aside by economists, the non-economists who might save the ideational day have seized on the wrong ideas, such as the labor theory of value, disenchantment, the Enlightenment, or sheer modernity.

The economic trouble with the economist’s non-ideational causes such as investment and institutions or exploitation is that they are merely allocative, subject to sharply diminishing returns, and commonly zero sum. They are routine, not transformative. They are small potatoes beside the 3,000 percent increase in human welfare.

And the historical trouble is that most of them, and even most of the non-economist’s ideational causes, are of very long standing. In ancient Mesopotamia, commercialization; in ancient Athens, enlightenment; in ancient Rome, good property rights; in ancient China, long canals; in medieval Italy, skilled craftsmen; in early modern Japan, long peace; in 18th century Prussia, cameralist policy; in pre-1860s Sweden, Protestantism; in Russia 1917-1989, fierce pursuit of profit; and in China 1948-1968, central planning. Yet no Great Enrichment ensued anywhere.

Early on, the cause of the Great Enrichment was said to be piling up physical capital with the division of labor. Then it was an ideational cause, put forward on the left or right of politics by anti-economists, such as the rise of “capitalism,” “possessive individualism,” or “secularized asceticism.” All have been rejected in later research.

Then it was the alleged routinization of innovation, such as Joseph Schumpeter came to believe against his early belief in human creativity. Then it was human capital, from elementary education to craftsmen’s skills. Then it was institutions of various sorts, from legal to scientific.

But all of these explanations depend upon ideas conceived in somebody’s mind — and foundationally on that person’s ideas about ideas, such as ethics, ideologies, and political philosophies supporting the liberated imagination. The change of ideas in human minds seems a more promising hypothesis.

This ideational change is called liberalism. The idea of a non-slave society, it can be shown, has the oomph and the novelty to account for the 3,000 percent increase in real income.

The crux was liberalization at the level of ideas in the Netherlands and then in Britain, favoring a culture of somewhat free speech and an economy of quite energetic enterprise. It was followed during the next century by actual liberalizations and consequent explosions of creativity — in the United Kingdom, the civil emancipation of Catholics, the abolition of Jamaican slavery, the free importation of wheat from Kansas and Ukraine, and then similar liberalizing measures in the United States, Sweden, Italy, Japan, and the rest.

Adam Smith, Thomas Jefferson, and Mary Wollstonecraft had put forward the then-bizarre notion that no one should be a slave — that all people are created equal and should be permitted liberated speaking, liberated voting, and liberated buying and selling. Richard Cobden and John Stuart Mill in the mid-19th century also said so. The equality of permission in liberalism proceeded to erode the inequalities of hierarchies anciently stultifying. It made people bold to venture. As the British say in their sporting manner, ordinary people were permitted by liberalism for the first time to “have a go.”

And go they did. Liberalism was gradually implemented in northwestern Europe and even in parts of China and India. And the Great Enrichment came.

Both economists and their critics need to understand the conditions for the flourishing of liberty and its fruits in novel ideas for enrichment. They need to see that good laws, long railways, honored science, skilled craftsmen, and strong institutions are all good, but are not themselves originating. Creativity depends on liberty and its ethical accompaniments, every time. Liberation in ethics and ideology yielded innovism, not a “capitalism” one can find in Mesopotamia in 2000 BCE, in England in 1066 CE, or Mesoamerica in 1500 CE.

To use a mechanical image, the gearing in the historico-economic watch was investment and institutions, necessary for any economy at any time, from the caves of Lascaux to the caves of Wall Street, or, for that matter, Crusoe’s island. But liberal thinking was the new and largely sufficient spring imparting motion to the old and stiff gears. It happened in Britain, but not immediately in, say, France. It could have happened in Japan or the Ottoman Empire, but in the contrived corridors of history it did not.

The implication for policy is straightforward. Ideas in human minds, as Keynes said, largely rule the world. The Ukrainians defend themselves for the idea of liberty, not for the policies of left, right, or middle. Encouraging a loving and responsible liberty, with its mighty material and spiritual consequences, should be our chief aim. Coercive, illiberal nudges and taxes, subsidies, regulations, fines, and imprisonments are not the path forward.

The liberal path of an honest and competent but restrained state, under which ordinary people are permitted without hinderance from other people to have a go, has already led much of the world to a stunning enrichment of the poorest. It’s the bourgeois deal: “Leave me alone and I’ll make you rich.” In the next couple of generations, it promises to permit the rest of the wretched of the earth to raise themselves up.

The illiberal path of statism, by contrast, leads to the radical populisms of left and right, to Maduro and Putin. Even its middle path of well-meaning regulation and redistribution leads adults back in to childhood under the masterful state. It turns back to the subordination that characterized agricultural societies until 1776, and to its corresponding poverty of body and mind and spirit. Liberalism worked to overcame such childishness and subordination.

This viewpoint is part of an ongoing series that discusses the principles that unlock human potential. Find links to the entire series here.