New poll: Over half of Americans under 40 believe they will need to upskill

According to a new survey released by the Charles Koch Foundation and the SkillUp Coalition, more than half of Americans under 40 believe that they will need to acquire new skills to advance their careers. Fifty-eight percent of Generation Z respondents and just over 50 percent of Millennials said they think they will need additional training for their career goals. Thirty-four percent of all respondents believe they will need to acquire new skills in the future. Of those who are looking to upskill, 84 percent are looking to do so within three years’ time. 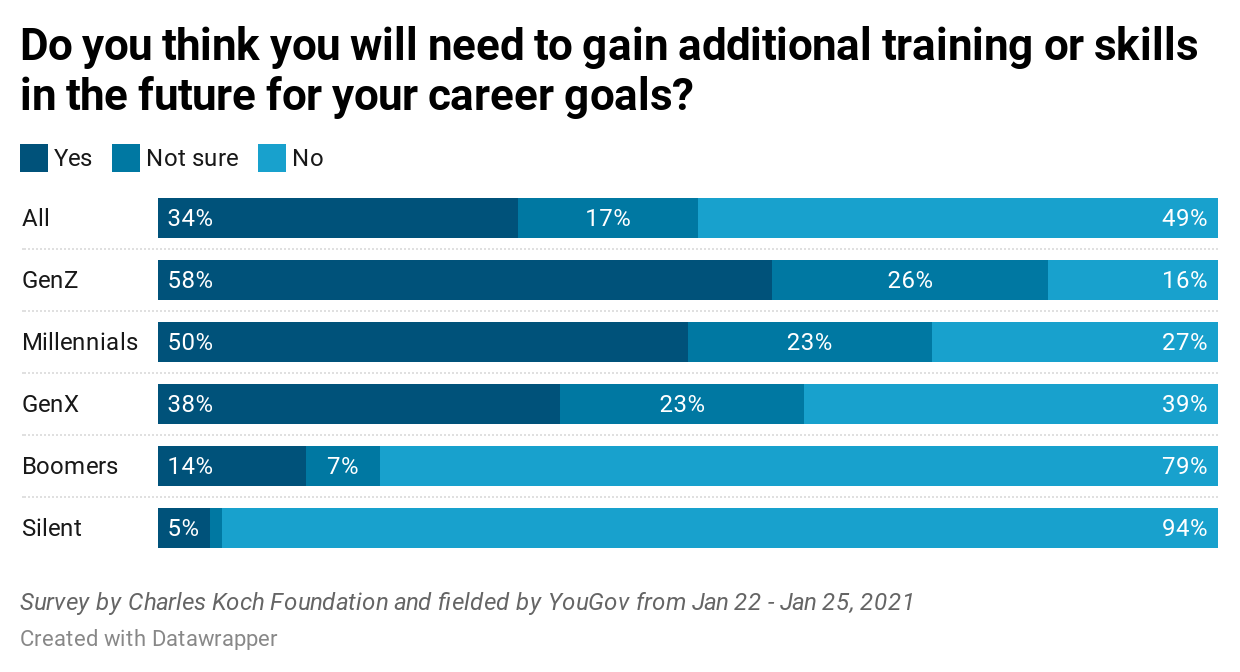 These findings are not surprising given the economic upheaval surrounding the COVID-19 pandemic. Nearly a year into the crisis, approximately 10 million Americans are still out of work.

The survey also comes at a time when more Americans are thinking beyond traditional two- and four-year college degree programs for upskilling. As CKF Executive Director Ryan Stowers noted in a recent piece for Big Think, only a third of students at four-year institutions believe they will graduate with the skills and knowledge to be successful in the workplace. Stowers advised that we need to “start thinking about the tools that empower outcomes like lifelong learning, demonstrable skills, fulfillment, and service to others.”

Americans clearly believe CTE is one of those tools.

When asked where they would acquire new skills, a considerable plurality (36 percent) named career and technical education. Additionally, 70 percent of Americans said they believe the country would benefit from an increase in enrollment in CTE programs.

Of those who anticipate the need to upskill, 72 percent expressed a preference for an option other than a four-year college or university. 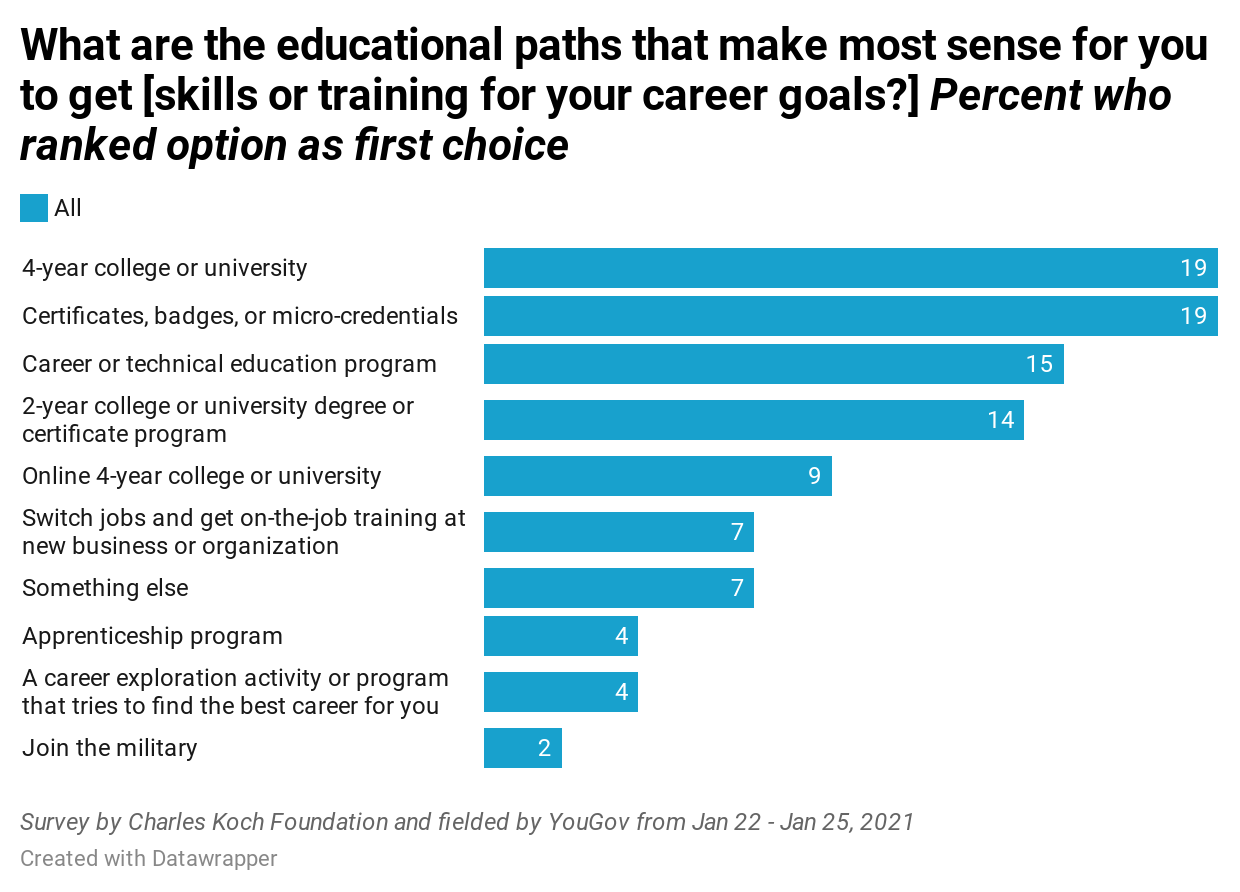 “COVID had laid bare the financial travails many Americans are facing. As we continue to witness economic uncertainty, many are considering upskilling in the future,” said SkillUp Executive Director Steven Lee. “The upheaval that is happening now demands a wide range of options that workers can access for training and employment opportunities.”

“This poll underscores the demand for more, better, and faster pathways for workers who have been displaced due to COVID,” said Charles Koch Foundation Executive Director Ryan Stowers. “These dynamic pathways aren’t just essential as we recover from a pandemic, but for all learners who want to discover, develop, and apply their aptitudes to reach their potential.”

SkillUp has supported more than one million workers

Catalyze Challenge is fostering next generation of career-connected learning

What we’re reading: With students getting ready to return to campus, more Americans are questioning high college costs