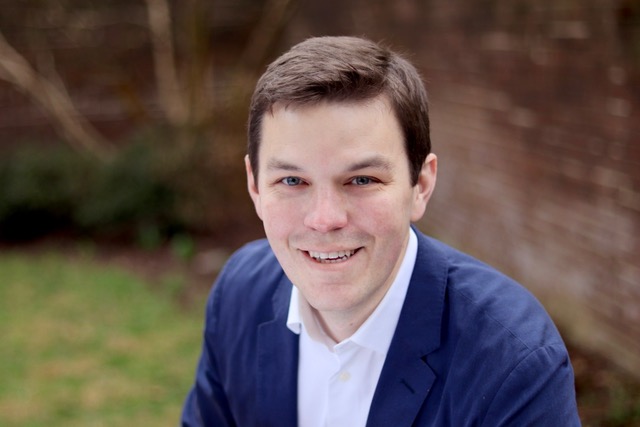 Fritz Bartel is an assistant professor in Texas A&M University’s Department of International Affairs. In December 2021, Cambridge University Press published Before and After the Fall: World Politics and the End of the Cold War, a volume Bartel coedited with political scientist Nuno P. Monteiro. (Monteiro tragically passed away before the book was published.) We sat down with Bartel to discuss how the Cold War ended, the lessons that apply to today’s problems, and how historians can contribute to public policy.

What do you study, and why?

Broadly, I’m interested in the intersection between political economy and international relations. I study how the global economy influenced the end of the Cold War.

As a student, I had the perception the Cold War was separate from the global economy — that it was largely confined to military, diplomatic, and ideological issues. That perception changed for me when I learned the communist bloc was $90 billion in debt to the capitalist world when the Berlin Wall came down. That made no sense to me, and not much had been written about why communist countries were borrowing from the West and why we were lending to them. I thought, ‘There’s a story here.’ As a graduate student, that’s the type of problem you want to tackle. You hope to be able to make an important contribution.

Historians offer perspective and historical antecedents for the present moment. In recent months, for example, there has been concern that putting enormous economic sanctions on Russia will escalate into military conflict with the United States. This is a risk, of course, but Cold War history also shows us our current moment is not unprecedented. We have access to documents form the early 1980s, for instance, that show the Soviets believed the United States was conducting an all-out financial war against them. Relations worsened, but luckily for all of us, things did not escalate into direct military confrontation.

What is one of the most common misconceptions about the end of the Cold War?

There are a few. First, there are the perceptions about who was responsible for it. One idea is that the United States was the dominant contributing factor. That’s a popular political perception. The other is the idea the United States had basically no influence. That’s a dominant academic position. The truth is in the middle. The United States did exert important leverage over communist countries through sovereign debt and institutions like the International Monetary Fund, and this leverage played an important part in the end of the Cold War. But on its own, these factors would have achieved little. Only the confluence of Western pressure, Mikhail Gorbachev’s reforms, and popular resistance in communist countries brought the Cold War to an end.

People also have assumed the end of the Cold War was a radical turning point in international politics. That was something that Nuno, I, and the contributors to our edited volume wanted to interrogate.

What are the major takeaways from your coedited volume, Before and After the Fall: World Politics and The End of the Cold War?

The volume came out of a couple of convictions Nuno and I shared: first, that historians and political scientists could learn a lot more from each other than they were. Second, that scholars and policymakers had largely assumed the end of the Cold War was an enormously transformative event, and therefore may have missed some of the continuities in international politics that persisted across the 1989/1991 divide. We were joined by 23 leading scholars who shared our convictions and contributed truly fascinating chapters.

Before and After the Fall shows policymakers’ control over the course of events is always distinctly limited. Intended consequences are likely to come to fruition less than you anticipate and unintended consequences will always be greater than you foresee. Even in 1991 — at the moment of the United States’ greatest relative power in the international system — U.S. policymakers’ ability to shape the world in their image was profoundly limited. Fast forward 30 years, and we have to be aware that, while the United States must be engaged in the world, there are significant limits to our control.

Based on your research, what should be the United States’ role in the world?

I think one take away is that when military policy is on the front foot, it prevents U.S. leaders from using the many other tools at their disposal in an effective way. As we’ve seen during the Ukraine crisis, when the United States keeps military options in the background, it retains enormous power to shape world politics in moral, ideological, and economic ways.

Because President Biden took military force off the table and skillfully used intelligence to telegraph Putin’s moves, there’s now no question who is at fault for the escalation. If U.S. military power had been more directly involved, that issue would not have been so clear, and the United States and Russia would have faced a severe risk of direct military confrontation. But now much of world opinion has rallied against Russia, allowing the United States to implement unprecedentedly broad and deep sanctions.

What’s next for you?

I’ve just finished The Triumph of Broken Promises, which will be released this summer. It explores how the economic shocks of the 1970s led to the end of the Cold War by forcing governments to impose economic discipline on their own people. Western countries, including the United States, met this challenge, while communist countries could not. Every time they tried to impose austerity to pay back their Western creditors, their people rose in protest. So, in the late 1980s, communist leaders tried to democratize their systems as a means of gaining popular support for austerity. It was this process of reform that ultimately led to the collapse of communism and the end of the Cold War.