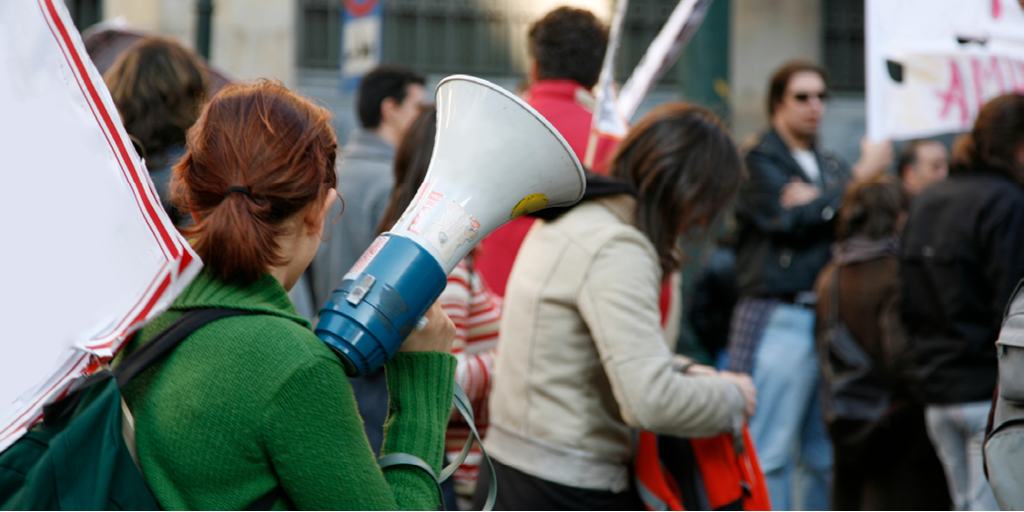 College students support free speech—at least in the abstract—according to a new poll from Gallup and the Knight Foundation. The poll, an annual measurement of college students’ perception of and support for freedom of speech, shows that the vast majority, 90 percent, think that using violence to prevent someone from speaking is never acceptable. And while this figure leaves ten percent of students who think violence is acceptable “sometimes,” but the findings are inconsistent with stereotypes of college students as ill-informed free speech denouncers.

Overwhelmingly, students agree that protecting citizens’ free speech rights is important to a democracy, though they also equally agree that promoting an inclusive society that is welcoming of diverse groups is also important to a democracy. When asked to select which of these is more important, students select promoting an inclusive society, without understanding that free speech is necessary for creating an inclusive community wherein all people can voice their opinions, protest injustices, and work towards a better society.

The manifold attacks that the media faces on a regular basis—especially legal threats and obstruction—threaten to erode the right of a free press. Groups like the American Society of News Editors can help protect more journalists as they pursue the stories that hold governments and institutions accountable.

Furthermore, discussions about controversial issues have expanded outside the classroom. Students surveyed said that most of these discussions take place on social media instead of in public areas on campus.

As students increasingly use social media to express themselves and debate social and political issues, maintaining free platforms for civil debate will be critical to fostering a society that appreciates and exercises its free speech rights. Scholars like those at the Knight First Amendment Institute at Columbia will continue to have a large role in understanding how social and digital media can expand our free speech rights and be kept free from government surveillance and censorship.

Overall, while college students may see the importance of free speech and the First Amendment when it comes to maintaining a free press, their appreciation of how free speech can help them create a more inclusive society could be expanded through more education. Perhaps they’re in the right environment for it.