Lino Marrero was in a bind. The sixth grader from Frisco, Texas, had just finished soccer practice and was about to call his mom to let her know he was ready to be picked up. The problem? His phone was dead, and he didn’t have a charger.

Rather than getting frustrated, Lino sensed an opportunity. Earlier that day in science class, his teacher had talked about renewable energy. Hours later, as he sat with a dead phone, Lino thought to himself about all the energy he expended playing soccer. What if he could harness that energy and somehow use it to power his phone?

Lino set out to invent a real-world solution. So began hours spent at the drawing board, gathering materials, and tinkering with wires and shoe designs. After creating and refining ten different prototypes, the precocious sixth grader finally did it. He had invented a shoe he calls Kinetic Kickz. When worn, the shoe collects the kinetic energy of the user and converts it into battery power for a cell phone. According to Lino’s calculations, the kinetic energy generated by twelve minutes of walking was the equivalent to 10 percent of cell phone battery power. Charan Lota, chief engineer and executive manager of Electronic Systems at Toyota, has called his invention a “clever concept … can help a lot of people.”

Lino now dreams of the possibilities of his invention. He pictures a day when Kinetic Kickz will help power medical devices like insulin pumps; when first responders and soldiers in the military won’t have to carry heavy batteries on duty; when hikers who get lost in the woods won’t have to worry about their cell phones dying. “Imagine having the power to charge your phone whenever you wanted right at your feet,” he says.

Kinetic Kickz is just one example of the hundreds of ingenious inventions that were showcased by K-12 inventors and entrepreneurs at the fourth annual Invention Convention U.S. Nationals, held at the Henry Ford Museum in Dearborn, Michigan, from May 29 to May 31.

With the museum’s iconic inventions, including Watt’s steam engine and Ford’s Model T, alongside the young inventors, there was a ubiquitous, if understated, theme throughout the convention: the future. A museum tour guide walked past the students and their inventions and asked, “Who will be the Edison or the Ford for the future?” Would one of these kids harness the same spirit of innovation that drove previous generations to create the world we live in today? The creators behind the convention believe so.

Having a national forum for young inventors is still relatively new. For decades K-12 students across the country participated in about 600 invention conventions at the local, regional, and state levels, but it became clear over the years that there was a demand for something at the national level—something that could take all the ongoing siloed efforts and bring them together.

Nick believes that the convention’s success is driven, not from the top down, but by the inventors themselves. “We don’t tell the students what to do,” Nick said. “Instead, they tell us what they want to do.” He insists that kids find their passion when they encounter real-life problems and develop solutions on their own. The students are encouraged to believe that no problem is too trivial or too daunting to find a solution.

This kind of thinking has paid off for William Zhang, a sixth grader from Weston, Massachusetts. When his dad spent a couple hundred dollars on an air duct cleaner that didn’t work very well, William began to wonder if modern-day robotics might be able to provide a more cost-efficient and effective alternative. The result was Ductbot, a remote-controlled robot the size of a small dog. Fully equipped with ultrasonic sensors, a vacuum, a robotic arm, and a camera—all laid out on a vehicle chassis—Ductbot can move autonomously through air ducts while sucking up the dirt into a plastic can.

William controls the Ductbot through the levers on his remote, which also includes a screen that shows the image picked up by the camera. As William points out, with a total cost of about $150, it could become the most cost-efficient option in the market for cleaning air ducts.

Vikram Anantha, another young inventor at the convention was inspired after his mother told him about someone she knew who could not speak due to non-verbal autism. Vikram soon discovered there are 24 million people in the world with this disorder, and he was determined to help in some way.

While in fourth grade in Lexington, Massachusetts, Vikram learned to code through Python. He then watched a YouTube video on using TensorFlow on a small Raspberry Pi computer board—which taught him about the possibilities of machine learning. Now in seventh grade, Vikram brought his new invention, My Automated Communication Companion (MACC for short), to the convention.

The innovation requires a user wearing a camera on her head that identifies an object in front of her. Through machine learning, the software says what the item is, i.e. “dog” or “laptop” or “pizza.” The user then verbally repeats the name of the item and the software confirms whether the user got it right. Through repetition, MACC helps those with non-verbal autism improve their communication skills, all for just $63.

Vikram discovered machine learning all on his own. It’s that sense of initiative that the convention’s organizers want to encourage and harness. Veronica Lynagh, the director of the Invention Convention Worldwide Community at the Henry Ford Foundation says that “kids are naturally inquisitive and creative. We don’t need to teach them that.” The problem is that as they grow older, “creativity is unlearned. Society creates barriers to their inquisitiveness.” As adults, we become more aware of our limitations and are discouraged from pursuing an idea. According to Lynagh, the purpose of Invention Convention is “to take away those barriers.”

While the Invention Convention is open to anyone K-12, Lynagh insists that once students hit fourth or fifth grade, they become more attuned and empathetic towards other people’s problems—which is why the age range of most of the students at the convention fall between fifth and eighth grades. The goal of the convention is to harness that empathy while maintaining and nourishing that sense of fearless creativity. She envisions the convention as “the premier go-to global community to spark invention, innovation, and entrepreneurship.”

Entrepreneurship is, indeed, a big part of the entire experience at the Invention Convention. It’s one thing to invent something—It’s another thing to sell it. The convention works to develop those skills concurrently as it encourages invention through a program Nick personally designed called the Youth Entrepreneurship Expo. Similar to the hit show Shark Tank, the Expo gives young inventors the chance to present their business plans to a panel of experienced judges who then offer input and constructive criticism on everything from their calculated production and labor costs to the ergonomics of their inventions.

Throughout the convention, the young inventors pitch judges who rate them on everything from presentation to the practicality of their invention. Prizes are awarded in a multitude of categories—the best pitch, the best display board, the best prototypes, for originality, and market potential—and per industry—aerospace, automotive, home and consumer goods, or green sustainability. The Young Visioneer Award earns the recipient an all-expenses paid trip to Koch Industries, where he or she can use the company’s research and development resources to work on their invention. The top prize-winners are awarded patent applications that have been vetted by patent experts and have a high chance of being approved.

Most, if not all, of these young inventors are aware of their potential. When asked about the goals, their responses are often mixed with grand ambitions and endearing, self-aware realism. After explaining his Kinetic Kickz invention, Lino shared that while he’s “interested in being a doctor or an engineer,” he also wants “to be a world changer, helping a lot of people.” But he adds, “I’m too young to really know.” 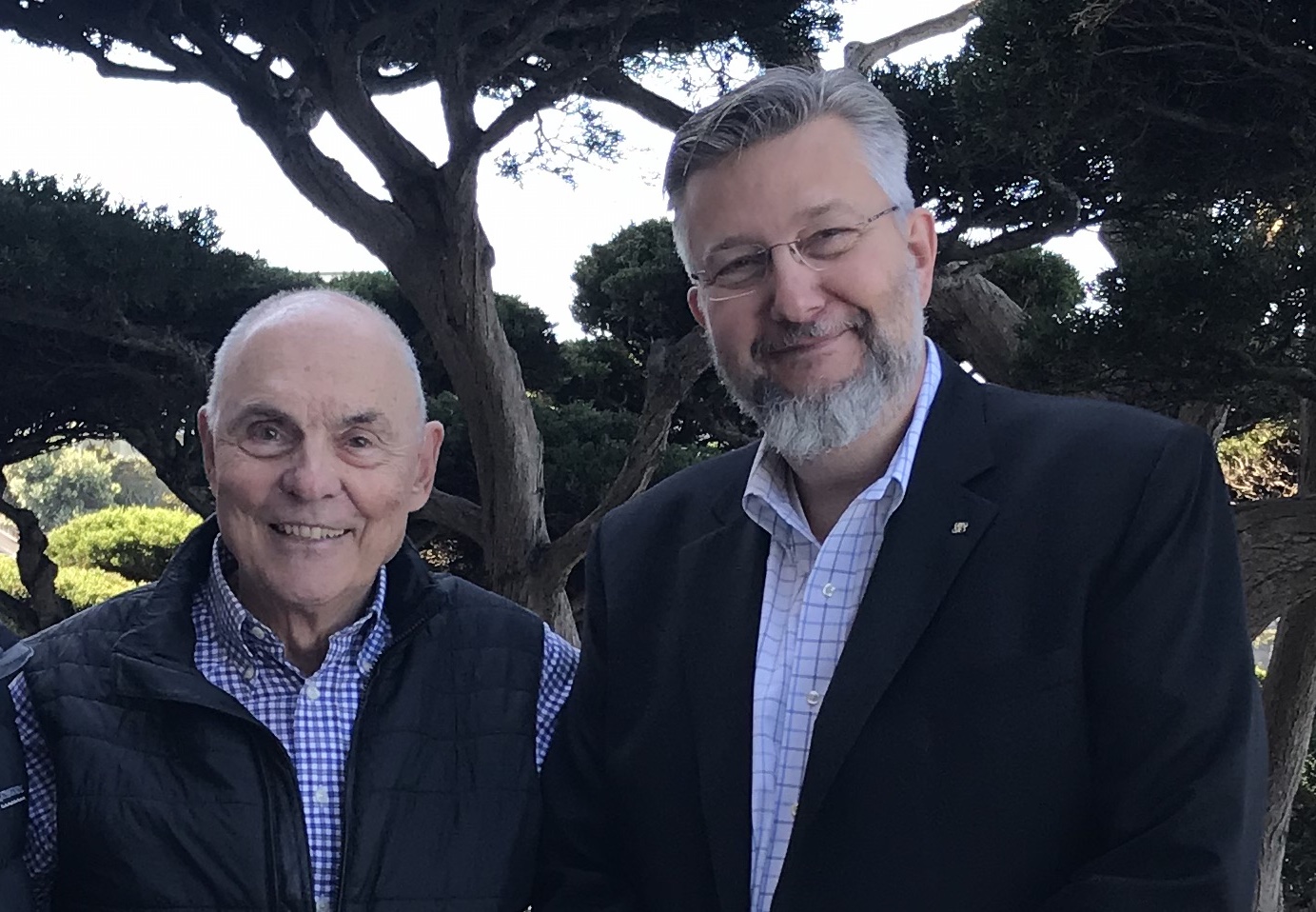 “How may I help you?”: Andreas Widmer on The Art of Principled Entrepreneurship 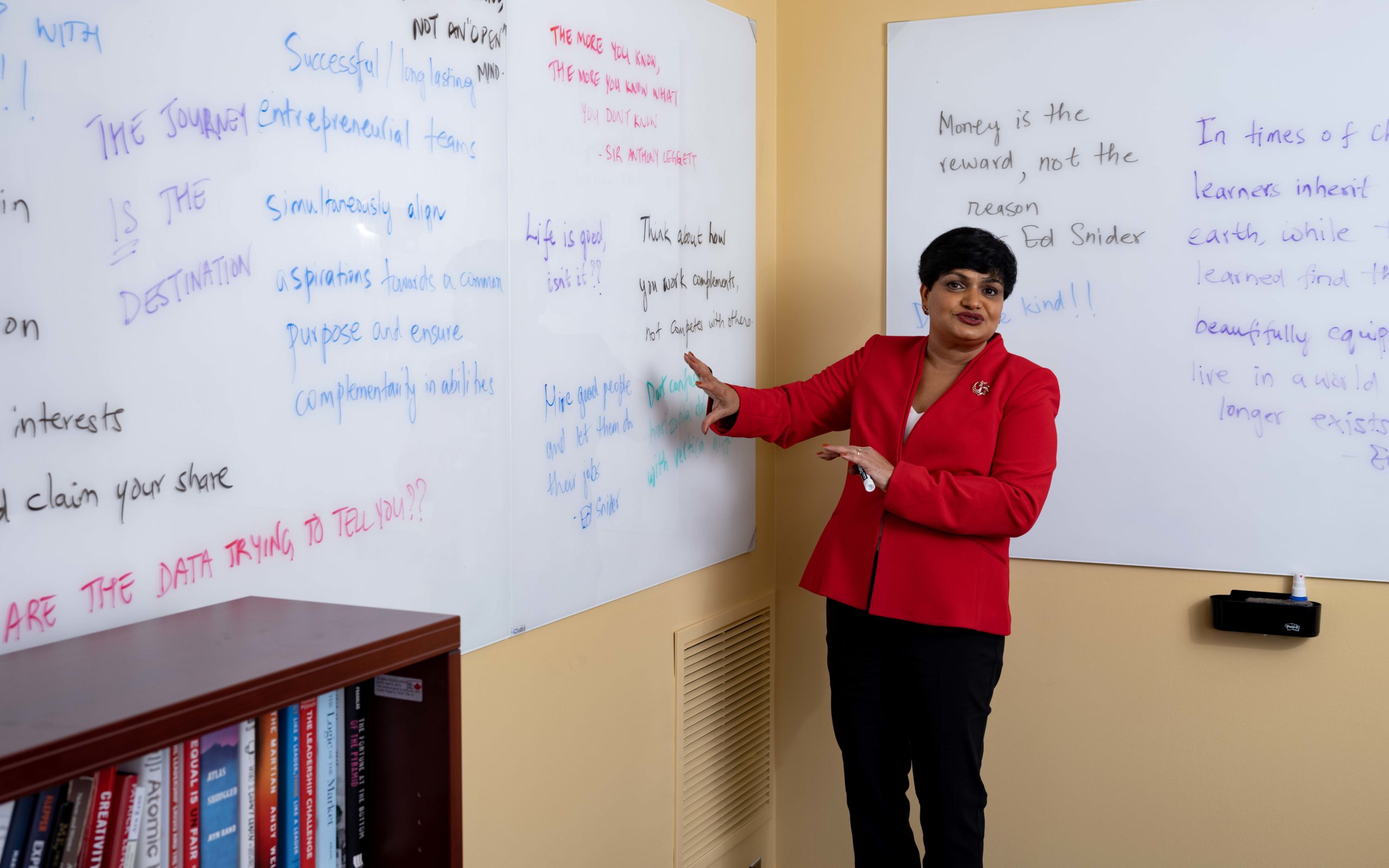 Business Should be an Engine for Good

Economist Rajshree Agarwal argues that selfishness, within the context of collaborative enterprise, creates greater value for individuals and society