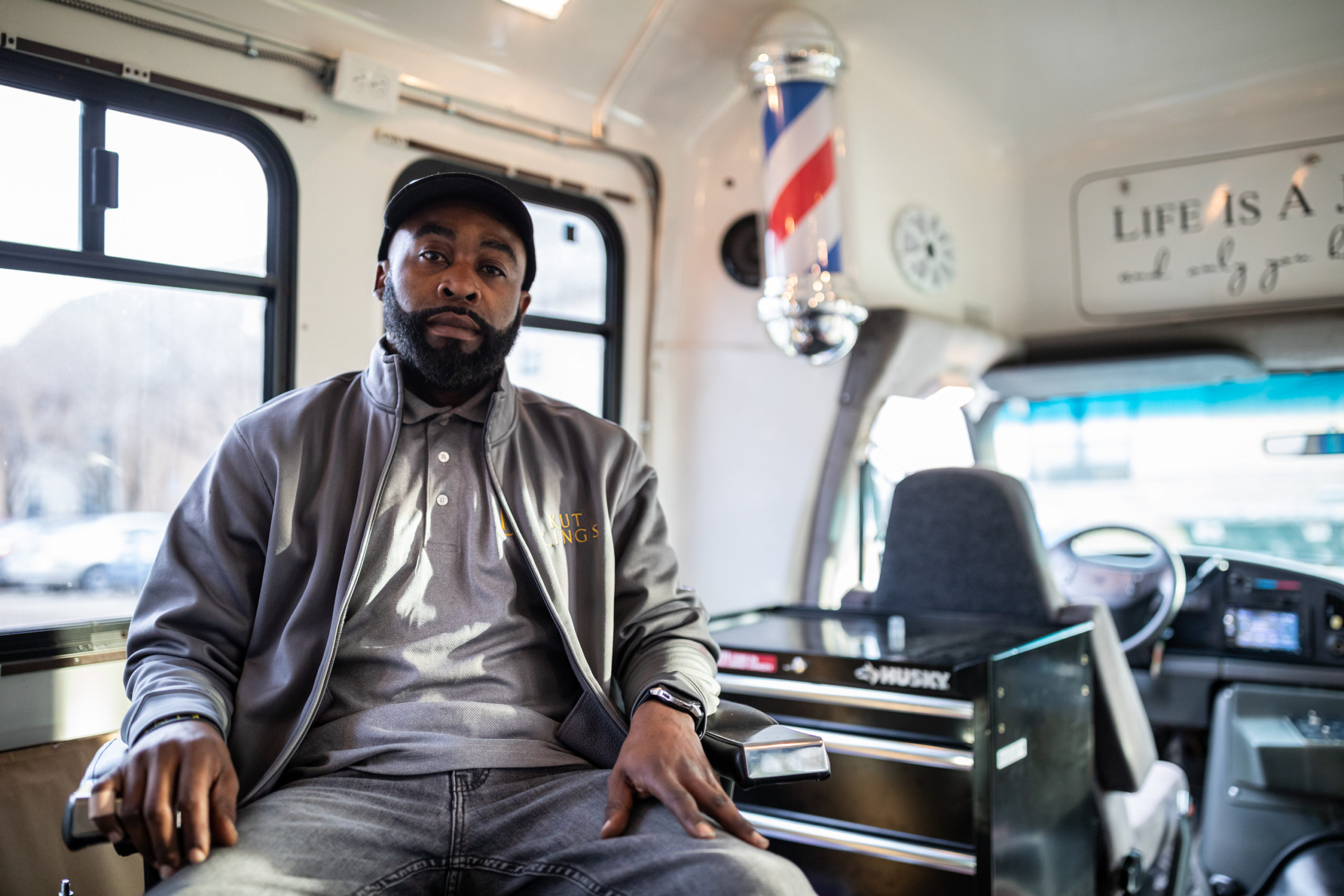 William Burt took an unusual path to barbering: He learned the profession behind prison walls.

After his release in 2008, Burt built a new life with his newly acquired skills in Waterloo, Iowa — earning a degree from the College of Hair Design, working as a full-time barber, and eventually receiving a bachelor’s and master’s degree from the University of Northern Iowa.

Burt also had an entrepreneurial and humanitarian streak. He renovated a trolley bus to create a mobile barbershop called Kut Kings, an effort to provide haircuts to disadvantaged Iowans, including low-income kids and disabled veterans.

That’s when Burt ran into Iowa’s occupational licensing regulations. At first glance, it seemed like his dream was dead — mobile barbering was simply not allowed.

Burt’s story sparked a wider discussion in Iowa around occupational licensing. A new bill, informed by the research of the St. Francis Knee Center, was signed into law, lifting several barriers to work in Iowa. In addition, Burt’s barrier to mobile barbering came down — he can now see his dream realized.

Burt’s story, and the legislative progress in Iowa, are the types of successes that motivate the team at the Knee Center for the Study of Occupational Regulation (CSOR), an academic research center within the Shields School of Business at Saint Francis University in central Pennsylvania. The CSOR team works with scholars to produce research that explores how, while occupational licensing in some professions can protect consumers, it frequently goes too far. This can result in decreasing opportunity, increasing inequality, and stunted economic mobility. For consumers, that translates into higher prices and fewer options, as well.

The need for education on the reality of occupational licensing is significant. In the 1950s, about 5 percent of occupations required some sort of licensure. That’s compared to nearly 25 percent today. In many cases, laws have been in place so long that state lawmakers aren’t aware of their existence, or how harmful they are.

“There tends to be a certain rigidity with respect to licensing,” says Dr. Edward Timmons, CSOR’s director and a professor of economics at Saint Francis. “These laws have been on the books since the 1950s, or even the turn of the 20th century.”

That’s where CSOR’s crucial research component comes in: The Center houses a database of occupational licensing laws across the states, maintains an international network of scholars interested in occupational regulation, regularly presents at national and international conferences, and educates students, policymakers, and the public on the topic and wise reforms that can expand opportunity for workers. “We look to be the clearinghouse for everything related to occupational licensing,” says Timmons.

The center’s research demonstrates how although occupational licensing is justified in some fields where there are significant risks of harm — such as medicine — these barriers have spread to numerous other fields where the justification is harder to make, and the chilling effect on workers is significant.

Louisiana, for example, is the only state in the nation that requires florists to be licensed. “It’s hard to justify why it makes sense to create barriers for individuals to work as a florist when there is so little risk of harm to the consumer,” says Timmons. “It’s not even clear you can fairly make a standard entry requirement to be a florist, because it’s a field where that standard is so subjective. There are countless examples of occupations when we’re weighing the costs and benefits, and we know the costs. It’s a lot harder to understand and estimate what the benefits are.”

CSOR also explores the impact of occupational licensing on the veteran community. Through a $1 million grant from the U.S. Department of Labor, the Center enrolls veterans in programs that help former military members get credit for their experience in the armed services, and apply that credit toward a credential like a degree in physical therapy or nursing.

“Many of these veterans are looking at starting completely over at the bottom level when they become civilians, even though they have all these years of experience,” says Alanna Wilson, CSOR’s vice president of government affairs. “They might’ve been a combat medic in a war zone for 10 years, yet they have to take anatomy and physiology 101. We help them expedite their education journey and licensing process.”

In 2020, the CSOR team saw increased demand for its research as states enacted occupational licensing reforms. Two states, Iowa and Missouri, enacted universal recognition reform, which enables workers moving in from other states to have their occupational licenses automatically recognized. “If they’re licensed as a barber in Illinois and they move to Iowa, they can begin working immediately as long as their license is in good standing in Illinois,” says Timmons. “Unfortunately, that type of universal recognition is not the case in many other states.”

Occupational licensing reform also saw positive strides in two other states. Florida passed a comprehensive reform bill that eliminated licensure for key professions — including interior designers and alarm-system installers — while scaling back requirements for other occupations. Mississippi built on reforms from 2017 and strengthened its review process for licensure to ensure the costs and benefits are properly weighed.

Both Timmons and Wilson posit that labor-force changes brought about by the COVID-19 pandemic may also contribute to the urgency of occupational licensing reforms. “In order for the labor market and economy to bounce back quickly, we need some flexibility, but licensing often gets in the way,” says Timmons.

The Knee Center originally launched in fall 2016 with seed funding from Stand Together partners Kevin and Joan Knee and the Charles Koch Foundation. Since its founding, the Center has had more than 40 student fellows directly contribute to its work; hundreds of students have participated in the center’s outreach efforts. The Center also maintains a network of 135 scholars who research the impact of occupational licensing, in addition to partnering with state governments or policy organizations in 15 states.

The Charles Koch Foundation partners with social entrepreneurs to drive societal progress through academic research and innovations that help all learners realize their potential. Read more about the Foundation’s support for academic research on economic opportunity.