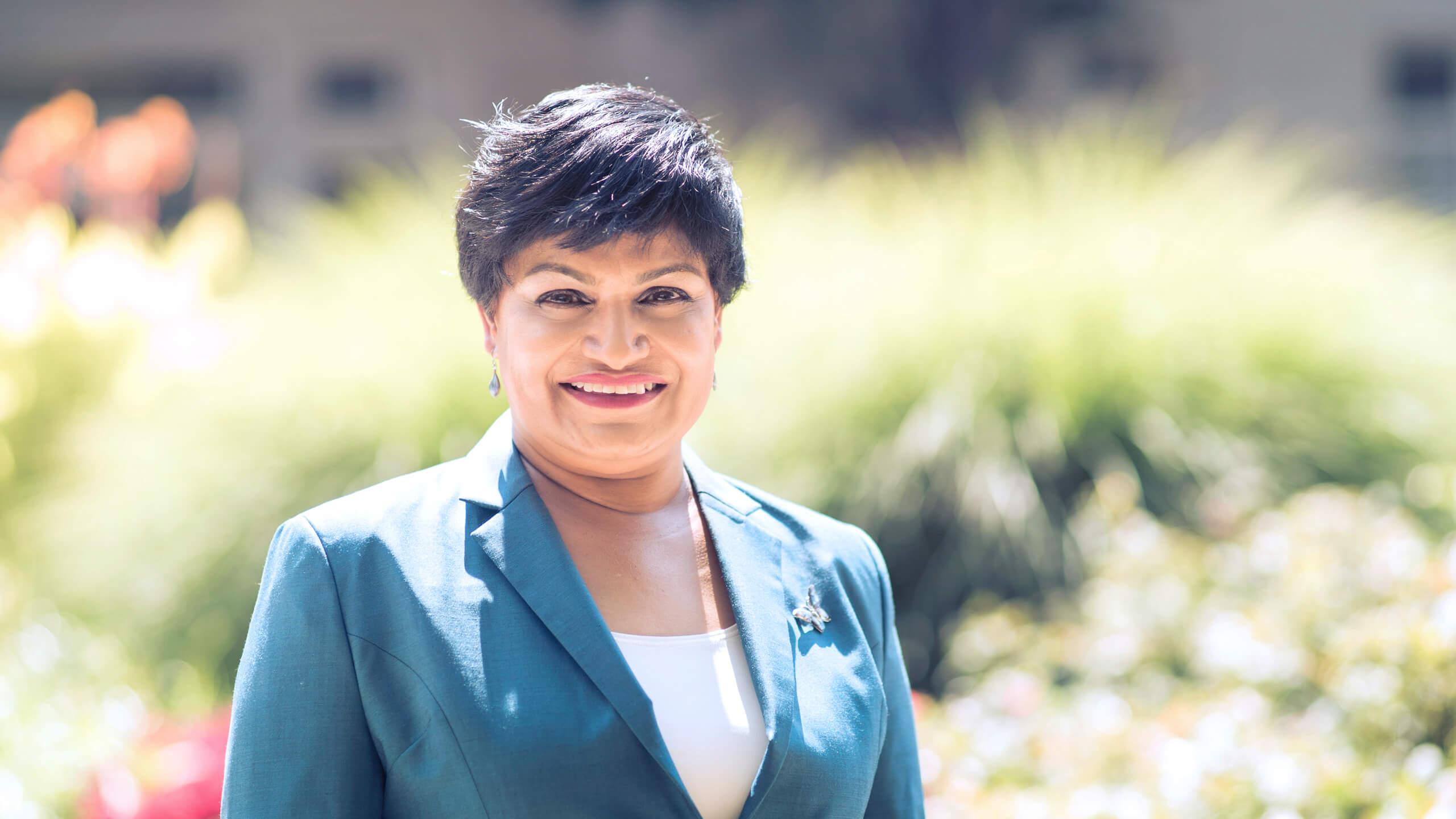 Rajshree Agarwal: The Importance of Empowerment

As an immigrant from India and an expert on free enterprise, Rajshree Agarwal holds a firm belief: “America is built on the idea of production and creation.”

Tell us about your early years.

When I was 12, my father laid down the law. “The right and responsibility of choosing your husband is mine,” he told me. “Don’t you forget that.” I was “Daddy’s girl,” I adored him, and so readily agreed to his edict then. But I was my father’s daughter in more ways than one—he was a self-made man who had earned his riches living by his own principles and hard work.  And I needed to do the same. The paradox of my father—traditionalist and collectivist in his edicts, but self-determined and individualistic in his ideals—created a huge conflict in me as I developed my own sense of self. Initially I searched for ways to live peaceably in both worlds. Eventually, I forfeited my inheritance and crossed an ocean, leaving behind everything but two suitcases and all who I loved.

When you went to college, did you have a clear idea about what you wanted to do?

No, not really. College was my escape hatch! Along with the promise of an arranged marriage came the expectation that I would never work outside the home. So long as I was in school, I was not sitting around at home, a reminder that I needed to be married off. So, I flitted from the “sciences” to the “arts,” and studied my way from a bachelor’s to a master’s degree in India. And college was also my ticket to the United States and a new life—I enrolled in a doctoral program on a student visa.

I decided I really did not want to study in the natural sciences. Economics was recognized in India as a field within the “arts” domain for smart people, so I gravitated to the challenge.

What’s the one story you tell about your research that surprises people?

Teaching was my first love, but I never thought I was cut out for research. I learned my passion for research the more I realized I was good at it. And the more passionate I became about research, the more I invested in becoming better at it. So it was a virtuous spiral that lifted my self-esteem and helped  define my purpose.

What was your very first job and what did you learn from it?

My first job was tutoring high school students in math and science while attending the University of Bombay. Deciding to do this job represented a breakthrough in my development as an independent woman, and earning my own money was empowering. For the first time in my life, I was no longer just relying on a generous allowance.  I often joked: I earn my own bread and butter, my father provides me the jam!  But seriously, working as a tutor also taught me how much I enjoy teaching and explaining difficult concepts. The experience was key in my decision to pursue an academic career.

If you could look back and give your 20-something self advice, what would it be?

I would say: “Be gentle on yourself. Strive for excellence, but don’t feel so desperate for approval and acceptance. You’re doing better than you think.”

Has a book ever changed your life?

Ayn Rand’s Atlas Shrugged. The book opened my mind to the ideas of American individualism and self-determination. It gave me the courage to assert my independence, and the knowledge I was moral in doing so. The book also served as a beacon for the United States and planted the seeds of my eventual immigration.

What are you reading now?

I’m re-reading The Martian by Andy Weir. I love the book and the movie because of the positive sense of life, and the can-do, problem-solving approach where all the characters are productive and collaboratively oriented towards achieving a seemingly insurmountable goal—bring him home!

I want to write a leadership book. For decades, I have studied great men and women who inspire change. My research has documented their ability to create value and drive upward mobility for society. I want to take my findings and share them with as many people as possible.

Is there something about you that people find surprising?

That I like to crotchet and make scarves, hats, and dishcloths to give to my friends and family.  And that my office is filled with stuffed animals that sing and dance—Valentine’s Day gifts over the years from my husband which I began to protect from my growing toddlers at the time.

A quote that you go back to again and again for inspiration?

“When I disagree with a rational man, I let reality be our final arbiter; if I am right, he will learn; if I am wrong, I will; one of us will win, but both will profit.”— Ayn Rand, Atlas Shrugged

I often share this quote with my doctoral students when we embark on our research journey. Rather than having them defer to me out of respect for my position as their faculty adviser, I want them to think of us as equals in collaboration, both bound by reality. In the end, reality does not care who has greater seniority or reputation. Truth is truth regardless of its source, and research is all about discovering it.