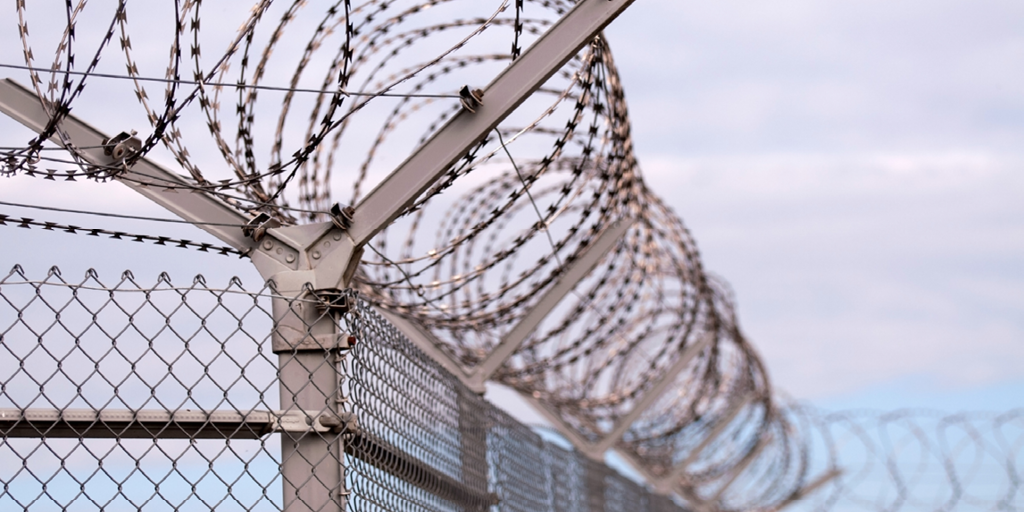 “Criminal justice reform will never happen. The system is too stacked against people.” Those sobering words came from a taxi driver taking Dr. Carrie Pettus-Davis to a recent conference in Fort Lauderdale, Florida, where she was presenting her latest criminal justice reform research. After learning why she was in town, the driver struggled to hold back his emotions as he told Pettus-Davis about his former career as a parole officer.

One of the driver’s last cases involved a former addict who had been in and out of prison most of his life but had managed to do everything right after his latest release. He had worked hard, stayed sober, and cared for his wife and children. But on the one-year anniversary of his release, the judge sent him back to prison for ten years—the remaining length of his sentence—because he was not paying the supervision fee required to be on parole. Though he was working long hours, his low-paying job kept him in poverty and he simply couldn’t afford it. The case was so disheartening to the parole officer that he turned in his resignation letter the next day and had been driving a taxi ever since.

“There are literally millions of those ,” says Pettus-Davis, an associate professor and the founding director of the Institute for Justice Research and Development at Florida State University’s College of Social Work. “I say millions because we have 13 million people cycling in and out of prisons every year.” Pettus-Davis hopes she can help change these stories with a major research initiative she is leading on reentry. She and her team are following more than 1,800 prisoners from five states once they are released to learn what internal and external barriers they face and what systems or policies work best to overcome them.

Relative to the consequences of reentry, very little research currently exists, though it is desperately needed given that 77 percent of former prisoners are re-arrested within five years. “In the past we had to allocate resources to afford the massive amounts of incarceration going on, so research wasn’t prioritized,” said Pettus-Davis. The focus on long and harsh sentences to fix recidivism also added to the lack of research. “It took time for evidence to surface to say that punitiveness doesn’t work.” In fact, recidivism, she says, is more a measure of system failure than individual failure, while criminal behavior is a more accurate measure of individual actions. “With the focus on recidivism, we couldn’t ask the right questions or intervene on the right approaches.”

To help get the answers she needs, Pettus-Davis’ groundbreaking study features a unique approach called the Five-Key Model for Reentry. Developed by Pettus-Davis, her colleagues, and former prisoners, the method focuses on the strengths and psychological wellbeing of formerly incarcerated individuals to help them remain crime-free and to contribute positively to society. The five keys include developing healthy thinking patterns, finding meaningful work, building positive coping strategies, and helping individuals engage in positive social activities and strong interpersonal relationships. To test the model, some participants in the study will receive the Five Key approach while others will be given existing services offered by corrections or communities. Both groups will be followed for 15 months after their release.

This past November, Pettus-Davis and her team published their first report from the study and plan to follow-up with three more, reporting in real time as they gather more data. Their hope is that by issuing their findings throughout the course of the study rather than waiting until the study is complete, their research can be applied faster. It typically takes 17 years for research to be implemented into policy and practice, says Pettus-Davis, which is far too long for those facing reentry today.

While the individual stories of reentry reported by the research team differ in the details, they share common themes. Many former prisoners are working multiple jobs to make enough money, which has put strains on their health, relationships, and ability to get additional support. One man who had a history of  mental health disorders is holding down three jobs and working 16 hours a day, seven days a week. Others are unable to find work. A man who was released after eight years in prison initially found a job in construction, but several weeks after he started, he had a massive stroke while walking home. No longer able to take on physical labor, he is now financially dependent on his mother. Those with a history of drug addiction have also reported relapsing in their first weeks out of prison. One man in the study used his first paycheck from a manual labor job to buy crack. Others struggling with past traumas are overwhelmed by depression or anxiety and are unable to engage in work or relationships. One participant who was physically and verbally abused as a child isolates himself in an attempt to deal with his anger, while another with a similar background faces panic attacks whenever he is by himself in public.

What surprised Pettus-Davis the most from the initial data? “A lot of the barriers and the needs we identified over two decades ago have still not changed,” she says. “We’ve made very little progress in terms of establishing conditions of success for reentry.”

Pettus-Davis believes one major reason for the lack of progress is that most of the reentry work has been taken on by correctional systems rather than by communities. “As you can imagine, individuals who have become incarcerated don’t always have the best experiences with people who are primarily responsible for confining and punishing them,” she says. The answer, according to Pettus-Davis, is that our communities need to take on more responsibility. “There is a very limited formalized support system outside of corrections for people who have experienced incarceration.” In fact, she notes that people are much more likely to be excluded from things like mental health treatment, substance abuse treatment, public assistance, and employment assistance because of direct or indirect consequences of their felony conviction. “We have to move beyond expecting corrections to fix everything.”

The study’s next report, due in the spring, will include a focus on the role families play in reentry and how much of the challenges of reentry fall on them, many of whom are already facing difficult situations. Reminiscent of what the taxi driver in Florida told her, Pettus-Davis says, “We’re going to start seeing the challenges of reentry rear their head in a more major way.”

Understanding these challenges and how people respond to the Five-Key Model for Reentry will allow Pettus-Davis to help those who have been incarcerated very early on in the process. Says Pettus-Davis, “The ultimate goal of the research is to help prisons and service providers adopt gold standard approaches for preparing people for reentry beginning as early as day one of their incarceration.”

We learn from Doug Berman, Executive Director of the Drug Enforcment and Policy Center at The Ohio State University.

We learn from Professor Barry Friedman at the Policing Project, a national leader on criminal justice reform.

A comprehensive new database designed to evaluate crime and punishment could revolutionize how we make laws and treat offenders.