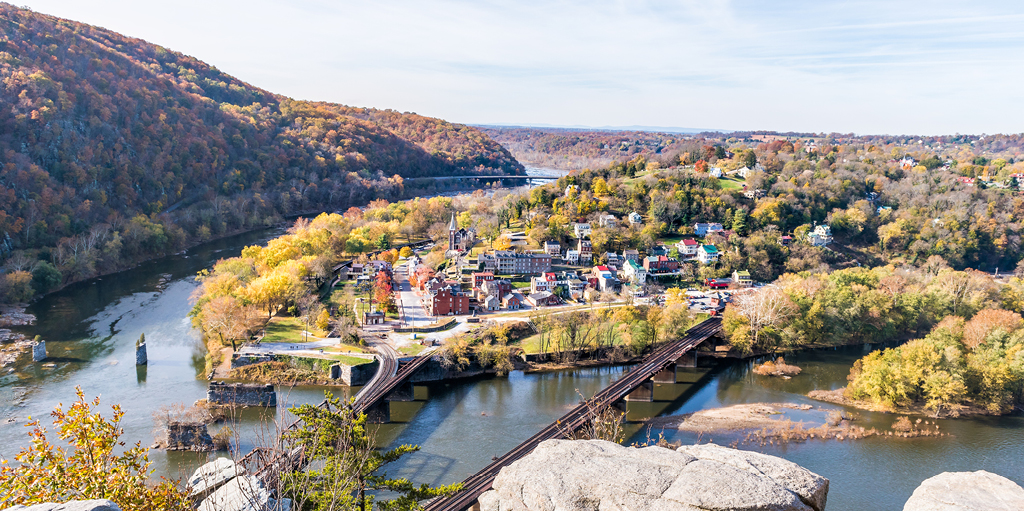 To help keep more people off opioids and out of prison, researchers at West Virginia State University are assessing the success of evidence-based anti-drug programs in the state’s prison system.

“The nearest thing to heaven that I know”—so sang Emmylou Harris of West Virginia in her song, “Green Rolling Hills.” Though the mining life was hard and times were bad, she vowed to return someday to right the wrongs that lingered in the state’s shady hollows and forests.

Now a group of researchers at West Virginia State University aims to fulfill Harris’ promise by finding ways to blunt the opioid crisis affecting the state. Looking at recidivism rates, they are studying the effectiveness of anti-drug programs in the state’s correction and rehabilitation system.

A Deadly Crisis in a Beautiful State

Deep in West Virginia’s bucolic mountains lie towns ravaged by the opioid crisis devastating families rich and poor and frustrating public health officials with its relentless reach. West Virginia, in many ways, is at the center of the storm.

According to the National Institute on Drug Abuse, West Virginia leads the nation in opioid deaths: in 2017, 833 people died from an overdose, a rate of nearly 50 people per 100,000, and three times the national rate. An analysis by the American Enterprise Institute found that the opioid crisis cost West Virginia $4,793 per resident, the highest-per capita burden in the country, for a total of $8.8 billion a year, or 12 percent of the state’s GDP.

The crisis has decimated West Virginia’s small towns and communities. Hundreds, if not thousands, of West Virginians have ended up institutionalized as a direct result of the epidemic, and researchers have begun to examine the correction and rehabilitation system’s treatment programs, looking for successes and paths forward.

Assessing the Effectiveness of Drug Programs

In April 2019, the Thurgood Marshall College Fund’s Center for Advancing Opportunity awarded a $440,000 grant to researchers at West Virginia State University to examine the connection between the opioid addiction programs in the state’s correctional facilities and recidivism rates. The project, called Viable Impact on Recidivism Assessing Levels of Evidenced-Based Practices—West Virginia, is the first of its kind in the state. A team of 10 researchers at WVSU, led by Dr. Walter Stroupe in the criminal justice department, will look at five programs that address substance use disorder in various ways, from cognitive behavioral intervention in twice-weekly group sessions to long-term residential substance abuse treatment protocols. The programs, rolled out in West Virginia’s correction and rehabilitation facilities over the last decade, focus on giving inmates with histories of substance use disorder the emotional and intellectual tools to fight their addiction. About half the state’s population of 7,100 inmates have been through at least one of the programs, and within those numbers, researchers hope to find patterns that show successes, as well as areas to improve.

Over the course of 18 months, researchers will examine the five programs individually to see what is working—the group sessions for example, or others that teach inmates skills to avoid abusing substances. “We have them pay attention to the things they can escape,” says LeighAnn Davidson, chairwoman of the criminal justice department at West Virginia State and a researcher for the project. “They can change who they hang out with. And if they can’t change it, we give them the tools to deal, but if they can, we give those resources as well.”

Working Together for a Brighter Future

“West Virginia is trying their very hardest in a variety of ways,” Dr. Steele says, noting that this initiative joins many programs working on the crisis in the state. In 2015, the public health department in Huntington, West Virginia, partnered with 30 community agencies and organizations to build a comprehensive harm-reduction program, looking to decrease the societal impact and health effects rather than punishing offenders with prison time and without a treatment plan. Dr. Michael Kilkenny, the department’s physician director, told the Bloomberg Public Health Initiative, “We knew what we’d been doing for years was not working. We knew we could not arrest everybody found using drugs.”

In some ways, the opioid crisis is rooted in the state’s geography. Two major highways pass through the heart of the state and its capital, lending easy access to trafficking and illegal purchasing. But West Virginia’s opioid crisis has been cemented by economics, neglect, and opportunism by an industry with an easy target.

But as legal battles between states and drug makers continue, the fight on the ground is waged by local officials, health care workers, and researchers like Ms. Davidson.

“We’re just looking at it from a different perspective,” she says. “We’re all working together to make a national model than can reduce what’s happening here in West Virginia, and help other states prevent what’s happening there.”

The Center for Advancing Opportunity (CAO), established through a partnership with the Thurgood Marshall College Fund (TMCF), Charles Koch Foundation and Koch Industries is supporting the discovery of evidence-based solutions to remove barriers to opportunity. To learn what 5,784 people living in fragile communities in 47 states, which includes the Appalachian region, have to say about crime and criminal justice, read The State of Opportunity in America Report 2019